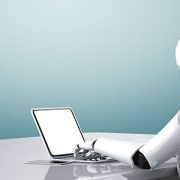 The COVID pandemic has greatly affected the business world, crashing down economies with people getting laid off left and right by companies. We are slowly recovering from its devastating impacts. Getting back to our routines with companies opening back up and employees returning to their workspace. There has been a growing trend of automation-assisted recruitment by HR departments to simplify the process and bring back employee strength and performance to pre-COVID levels. Here are a few insights on how automation can influence recruitment

Automation has been an essential part of our work process since its inception and has diverse applications in various steps of our work. It has helped simplify work by handling repetitive, mundane work allowing employees to focus on more critical tasks that require dedicated focus and time, thus improving the overall performance and results of the company. HR is no exception to the growing applications of automation and has discovered great effectiveness in the incorporation of automation in HR. 45% of company representatives and HR leaders feel that automation makes their job processes better helping them save time. Polls suggest that HR employees spend nearly 14 hours per week on routine work that can be automated to save their time signifying how automation can simplify the recruitment of new employees.

Applications of Automation in Recruitment

Robotic process automation involves the use of chatbots and digital software to communicate with new applicants and analyze various parameters required for recruitment of suitable candidates such as communication skills, personality assessment, etc providing HR and management with a holistic picture of their abilities. Polls suggest that only 26% of companies think HR utilizes data analytics efficiently and 61% of companies are modifying their jobs and recruitment tactics to better employ AI and automation in their work processes. Here are a few applications of automation in recruitment:

How to Efficiently Tap in Automation Resources

Automation has a wide range of features to offer and as with all good things available; they come at a high price. HR teams should analyze and understand their requirements properly to employ automation efficiently in a cost-efficient manner. They need to train their teams to get them familiarized with the end-to-end automation of their recruitment processes. It helps them identify any inconsistencies in their software at the earliest to correct them as soon as possible.

Compliance risks should be analyzed before initiating recruit processes to protect the company from potential risks and recruitment strategy should be discussed with stakeholders and partners thoroughly to ensure transparency in work processes.

Hiring suitable employees in companies is a tedious process with great responsibility ingrained in it. Companies need to recruit the right applicants for their job openings and retain them in their companies as it would cost them nearly 33% of their employee’s salaries in hiring a new one to replace their positions. Automated recruitment processes help build a diverse and robust network of talented employees improving the office culture and work environment. Understand automation processes and customize them to best suit your requirements to better enable your HR teams to empower your entire company. 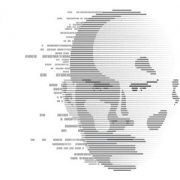 (Futran solutions is a company that offers RPA solutions. While respecting automation, Futran Solutions also participates in re-training of the employees who lose jobs owing to RPA)

Is AI thrusting upon us and our future generations a new technological, psychological and socio-economic change? Slowly but surely, are we humans becoming redundant for office, society and the universe at large? More terrifyingly, are machines really going to take control of humans? I believe we have looped this routine too many times on Hollywood to make it true? But we would all be too stupid to ignore the fact that the seeds have been planted already!

As companies prepare to make their businesses AI-powered right from smart virtual assistants to robotic process automation, we are looking at a tech-future with inevitably dwindling demand for human resource and Natural Intelligence.

At this point, we are a bit hard-pressed to figure how our LIMITED(!) natural intelligence will compete with the GOD-LIKE-POWER(?) of artificial intelligence. For once, let’s be honest and not pretend that there is no competition. There is tremendous competition already and it’s swelling up as we speak.

When we speak about the competition between Artificial Intelligence (AI) and Natural Intelligence (NI), we are not expressly looking at a Terminator styled battle between human-made intelligent robots from the future and gym-vest wearing men and women of our times. In all reality, it will be the battle of employment between AI-powered robots (that are fast and accurate) and Natural Intelligence (NI) powered Humans of present times (that are slow and error-prone). A single AI-powered robot can potentially leave an entire team of 50, 500, or 5000(!) unemployed. The war has been waged; the winner is known! Only time confirms the facts!

Commercial manufacturing is already automated to a very large extent. Now imagine a situation where the smallest of factories are automated. The army is automated and no country has human armies. Governments are automated. The judiciary is automated where deep learning interprets cases and generates the judgments in seconds. And entertainment, too-imagine that you can virtually produce your own Marvel(like) movie for private viewing and that displaces thousands of people working for months together. Transport, heavy engineering, and several other industries-all automated to a point of no return.

If such a future were to really transpire, Tesla would become a company with one employee. Elon, alone and his giant team of robots with greater caliber than human intelligence fill everything from boardrooms to shop-floors. Similar fates will embrace Amazon, and Google, and Microsoft. In that hypothetical situation, since all the workers are laid off and replaced with robots, humans shall stay back in their homes for the lack of work. They shall no longer be able to afford the luxuries, necessities, wants, and pleasures that they did when they were employed.

They’ll reach a stage where they have no money to BUY!

No jobs will soon mean no difference in affordability and no need to travel from Los Angeles to San Francisco in 30 minutes. No need to travel to Singapore in an hour. On the flip side, the sole shareholders of the big companies will lose business faster than we can imagine because no one will be able to buy their service/product. It’s pretty much the story of Bee Movie that was released in 2007. From that point, humans while battling machines, start living like our ancestors; growing their own food in their backyards, flocking to one another like never before to form the small habitats of self-reliant communities!

The situation has been discussed in detail about several eminent personalities of the Silicon Valley. While some people see no net change occurring, others have warned of grave consequences.

How Does it Unfold?

Where do we stand speaking from a totally neutral plane of judgment? For the start, it is always wise to read from the pages of history when throwing light on the future. Remember the time when the coal mines were shut down and all the workers in the coal mines summarily lost their jobs! America became a global hero for taking the first big step in the fight against global warming at the cost of the joblessness of thousands of Americans.

The mine workers were never re-trained and re-employed. Not by the holier-than-thou corporates. Not by the holiest-among-the-holy governments of the world! So was the case when the factories were shut down!!

Aren’t mining and technology two totally different coins. Yes, on the face of it. But when you dig deeper, it is controlled by the same industry dynamics and the overall economics is same for every industry.

Companies will make a mad rush toward profits for shareholders, as the main job of the CEO is to increase the wealth of the investors. (A suggestion from us is; let the company’s performance also be measured by give-back-to-customer-index every year like the dividends to the shareholders, under the control of SEC!) To show investors an unimaginable P/E (price to earnings) ratio, corporations will lay off workforce by the hundreds and the thousands.

For effective integration of Natural Intelligence and Artificial Intelligence, Governments may have to intervene with a legislation in favor of the “rehabilitation of the displaced workforce.” Without such planning mandated as a law, it will be easy for corporates to replace the people with AI-powered bots.

Futran Solutions specializes in RPA and is a proud partner of AA (Automation Anywhere). We provide solutions to our clients tailored to the RPA niche. In addition, as a part of our integrated solutions, we also offer re-training to the part of the workforce that will be affected by RPA. This allows employers to use the employees’ skill elsewhere and helps the latter explore other realms of technology without a day of unemployment.

Both the bridge and the boatman help us cross the river. The bridge promises to make the journey smoother and shorter. So we choose the bridge. But while the bridge is being built, the system must reward the years of service by the boatman and find him another career option before he wakes up jobless one day. How about training and rehabilitating him as a toll collector?

We, at Futran Solutions, support AI while respecting Natural Intelligence.

Jyoti Vazirani is the CEO of Futran Solutions. She can be reached at vjyoti@futransolutions.