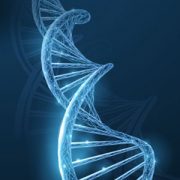 Like every year, biotech analysts, researchers, scientists, and general industry observers did a prediction of biotech trends for 2019 at the close of 2018. We are halfway through the year and it’s a great time to sit look back and some of those trends and how they’ve shaped up in the pharma industry. If anything, the pharma marketing trends have definitely held their own like the promised. In this article, we will dive deeper into the ones that concern the industry as a whole.

Please note that this is an observational account of how biotech trends for 2019 have held up so far. Most of these trends were predicted way back in 2018. The chief purpose of this article is to look at how these trends have worked out so far. I will do my best to provide links to supplementary information wherever necessary.

Genome editing or genome hacking is a medical procedure in genetic engineering in which the DNA in the genome of an organism is inserted, replaced, modified or deleted. The applications of genome editing stretch from drug discovery and gene alteration to the fighting of specific medical ailments and syndromes.

In the future, genome editing could revolutionize biotech by amplifying human capacities for smell or introducing something totally new like night vision. At the end of 2018, genome editing was supposed to go leaps and bounds in 2019. And it’s happening already! The CRISPR method for fungi gene editing has been raging on in the last few weeks. Led by Prof Kuwata and Dr. Arazoe from Tokyo, the method is a “simple gene editing technique using the CRISPR/Cas9 in the Pyricularia rice blast fungus.” At the broader scale, the technique is a huge breakthrough in plant-based food safety and stable food supply at a global scale.

The failure at comprehensive drug development for Alzheimer’s has been a profound embarrassment for the medical community. We saw a lot of failed attempts in 2018 and in the years before that. However, with every attempt that’s failed, we have got to know the disease better. That’s primarily why 2019 has been a different year. A January 2019 report pointed out that particular drug scientists were using to treat survivors of stroke could be useful in treating Alzheimer’s.

As lately as May this year, a new drug for Alzheimer’s treatment has passed human testing. While it’s just proven safe for human consumption in healthy volunteers, we will wait for it to be tested on humans with Alzheimer’s. But the signs are clear: we are sitting on an imminent breakthrough. We just hope this happens sooner than later.

We’ll do well to acknowledge that big pharma companies receive criticism from just about every corner. While criticizing these companies is easy, it takes a lot of expense to develop and successfully market new drugs. Like we have just pointed out in the case of Alzheimer’s, a lot of attempts to develop new drugs fail.

It is not unnatural or unethical on the part of pharmaceutical companies to try and recover some of the costs of such failed attempts through the ones that are actually successful. Once a drug receives all necessary approvals and hits the markets, the company will want to make it successful. This has been the story of drug development throughout the 20th century and will continue through the years to come.

2020 is going to be another year for presidential candidates to reach out to key voter bases. The feelers are already out on these. Drug prices and healthcare were predicted to be on top of the list of deciders. While there have been no really big announcements or statements from either side, 2019 has already seen significant discussions on medicine, drugs, and healthcare in general.

For one, rising drug prices seem to be the common enemy for both the Democrats and Republicans. While each party can argue for the reasons and proposed solutions, both will do good to find ways to tackle the threat of a relentless rise in drug prices.

Factory farming of meat has serious industrial and environmental repercussions. The industry emits more carbon than all the vehicles combined, there’s excess consumption of water and grain. And most of these grains are exported from third world countries where a significant chunk of the population is still below proper nourishment thresholds.

The first major challenge of food engineering is to break this wheel of livestock manufacturing. Creating food that will replace the livestock industry requires the use of cutting edge technology. A lot of these experiments rely on gene modification and meat grown from plant cells inside laboratories. It’s really relieving to note that the change is being led by a slew of enthusiastic startups.

In 2018, federal and state governments slapped a list of lawsuits on opioid makers. In 2019, the crisis has actually run deeper. The lawsuits filed by the governments do not seem to have borne any significant impact. The death tally stands at over 70,000 in the last few years.

Only in November last year, Dsuvia, an opioid painkiller a 1000 times more powerful than morphine got the green light. The move came under severe public criticism, with individuals and organizations from different corners voicing serious concerns.

With mobiles and laptops receiving more human attention than other humans. These devices provide us easy access to information at about any given time. The next step for the human-technology interconnected evolution is to go from “on the body” to “in the body.” How revolutionary would something like the silent speech concept be?

In 2019, Elon Musk’s own venture, Neuralink, is making rapid strides in merging human intelligence with artificial intelligence. The company is developing “brain-machine interfaces” that will connect humans and machines in the future. At the moment, the company is in a mad recruitment drive. They are expected to fill all positions and start developing by the end of the year.

2018 saw biotech IPOs break records, a number of which were actually years old. IPOs in 2018 amounted to a mammoth $8.2 million, toppling the 2014 record of $6.5 million. It’s just been a few months in 2019 and biotech companies have already raised millions each in IPOs. Here are a few examples: Axcella Health raised $71.4 while Milestone Pharmaceuticals clocked up $82.5 million. Bigger breakthroughs like Ideaya and Bicycle Therapeutics broke the bank with IPOs amounting to over $100 million.

The trend is clearer than ever for biotech IPOs in 2019. The average share buyer is optimistic about evolving biotech technology. If all goes well, IPOs in the sector will raise more money than in any previous year. That also connects back to the optimism about the technological gains that we are set to achieve through the course of the year.

Technologies dealing in digital fabrication are now experiencing proper human interaction. That is essential because of companies like Stratys 3D that work at the intersection of additive manufacturing, computational design, and synthetic biology and at some point, even materials engineering. The idea is to arrive at the symbiosis between microorganisms, bodies, and even buildings.

Digital biology is not a phenomenon of the future. It is happening right now in front of our eyes. It is only growing bigger this year with all the bells and whistles of 3D printing.

Futran Solutions specializes in delivering composite biotech solutions and resources. As pharma technologies are evolving, so are the resources that shoulder the needs of the industries. Speak to a Futran biotech resource specialist today to find out how we help you achieve your business and marketing objectives.