What Does Corporate Accountability Stand for When Bots Do All the Work?

Only one event commands the same absolute degree of certainty as death – disruption of the status quo. Unless you concede that transformation is the new status quo. In every industry.

We now live in an era where the promise of unprecedented growth is almost unchallenged. It takes no second guessing to formulate that such growth cannot be realized without an increasingly digitized workforce headed by business leaders that are not afraid to weave AI, RPA, and cognitive machine learning technologies into existing processes.

But like Jyoti Vazirani had stated in a previous article, the more we lean toward automation and machine learning and integrate them to our core business processes, the faster we realize that there’s an expansive human workforce calling for imminent, preferably immediate consideration. What happens to the corporate accountability of our human resources? More importantly, what happens to our human resources?

For the start, let’s not bluff ourselves with arguments that make rats and bats crack up. Intelligent, emotionless bots are far more ruthless when it comes to beating known standards of efficiency and productivity. It’s time the high and mighty leaders in business work to create the right synergy between humans and bots.

The audacity of bots

What has for long been an expectation and a speculation is now looking at us in the face as a guarantee of sorts. Bots will outperform humans, they’ll champion cognitive functions, and in the very near future even develop the capacity for thought, albeit with a debatable degree of independence. That explains why even as business leaders are running hay and hill behind robotic process automation, the workforce at large is unwelcoming of the change.

The madness of reaping early-bird profits from automated processes is so extremely insane that almost no business leader is ready to acknowledge the unavoidable employment crisis, let alone starting a meaningful dialog on it.

In the last two decades, organizations have successfully embedded a sense of value in their core missions and brand philosophies. Fortunately, the largest part of this change was brought about by the technology companies. If your mind is already reading out names of tech giants, you see my point.

Ironically, the first and perhaps the biggest industry that will be faced with the workforce imbalance ushered by bots is the technology industry – because of obvious reasons. How, when, and if at all the industry stands up to the challenge is shrouded under expansive dubiety.

If the technology industry – the very one that created the bots in the first place – does not act swiftly to save the value-based corporate ecosystem, it will become doubly difficult for other industries to follow suit.

That’s just what bots will do. For their corporate masters. Will the effect be the same for lower-rung employees? Hardly. Here are some more questions that must be answered:

There’s no definitive answer to any of these questions. But we must remind ourselves that history will remember us not for creating bots, but for what we did to humans after bots were created.

Crisis #3: Weighing down by Peter Principle

The Peter Principle is a benchmark corporate ideal laid out by Canadian educator Dr. Laurence J. Peter. It states that in organizational hierarchies, employees rise up the ranks through promotion until they are promoted to a position for which they are incompetent. In effect, it highlights the logical assumption that save a few exceptions, one individual cannot have mastery over many diverse fields within a corporation.

The principle also states that every position in the hierarchy of an organization will at some point be filled by people who are incompetent to fulfill their job roles in those respective positions. Dr. Peter also stressed upon the fact that such outcomes might not be related to the general incompetence of employees. It’s largely because new positions might require additional skill-sets which cannot always be imparted through training.

The Peter Principle has been as true lately as it was in 1968 when the term was coined. But there were no automated bots in 1968. So the principle applies exclusively to human competence, and to wit, to human employees.

Here’s how the principle unfolds with the bot-human amalgamated workforce:

If you’re reading this right, the Peter Principle might cease to even exist if the human-bot work grid is laid out at large. A solid, 50-year old tried and tested corporate theory based solely on logical deduction, human psychology, and organizational observation might die a sudden death without people even noticing. If this doesn’t send the alarm bells ringing in wild abandon, no corporate activist screaming off rooftops ever will.

Back to the drawing board

Let’s resume thought with the truth.

The sun is setting on thousands of employees. Nothing in the corporate universe is as lucrative as the prospect of making big money in small time. Most corporations impart skill-training to employees not really to help them grow their skill set. But to extract greater competency from the same resource. If they can replace skill training with an additional program on an automated bot and save both time and money, make no mistake – they will.

You could argue that the Top 100 companies might actually retrain staff for new jobs. I say yes, they very well may. But the best of the organizations have laid off staff by the hundreds for much smaller reasons. Plus, retraining might not automatically amount to retaining. More like “we teach you fishing and there’s a lake at 6 o clock.”

Like Jyoti had written earlier, the human workforce cannot be saved without government intervention. Might sound grim, but it’s just as necessary. Tech and other industry giants will plant so many trees that no one will ever talk about the human workforce they uprooted. They’ll make so many of those feel-good inspirational videos that no reporter will cover the plight of the jobless that were once employed with them. But are the governments even listening? They won’t unless people who care about jobs speak up. For very soon, jobs will make way for tasks in the most cruelly literal way.

Futran Solutions supports robotic process automation. We are a pro-technology company. And we believe that if a technology deserves to go viral, we must do our part in making it viral. We provide a range of RPA and AI solutions to industries across the board. Adjacently, we run a series of training programs to aid the displaced workforce.

Drop us a line to know how we can help you with RPA consulting and project implementation.

Krishna Vemuri is the co-founder of Futran Solutions and the CEO of the up and coming tech startup Onata. He writes on technology industry dynamics and the rather eclectic tantrums of his husky, Loki. 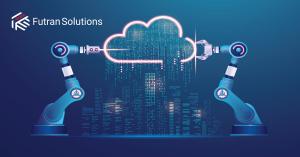 Calculate the ROI on Infrastructure Automation 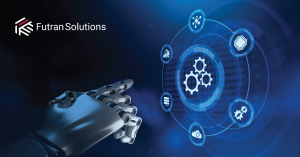 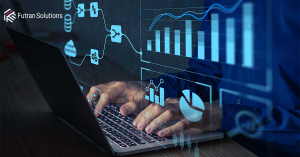 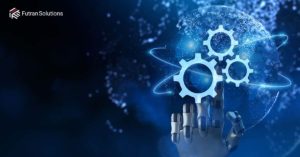 Send Us A Message

PrevPreviousFive Applications of Machine Learning in the Pharma Industry
NextIndustry 4.0: The Era of Cyber-Physical Systems and Intelligent AnalyticsNext